7 Tips For Musicians On Becoming A Local Star 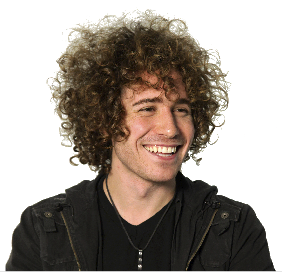 For a musician or band that is just getting started, building a local fanbase is the place to begin. Ari Herstand began his music career at the University of Minnesota where he went from being totally unknown to filling a local 700 seat venue in his first year to selling it out his second. He recently shared his tips on how to become a local star with examples from how he accomplished that goal.

Ari Herstand, who successfully raised $13,000 on Kickstarter to put out an album, writes about how he began his career by becoming a local star and reaffirms the power of building a face-to-face fanbase.

Herstand believes you should "conquer" your local market before beginning to tour. If that were the only way to do it, many of the legends of American punk rock would have never made it. But I think Herstand does map out a solid strategy for building a local fanbase and I do think that's the place to start.

7 Tips For Becoming A Local Star

1) You have to figure out early on what your niche [market/audience] is going to be.

2) One person seeing a poster or a Facebook ad or a YouTube video won’t get them out to your show. They have to be hit from multiple angles and from multiple people.

3) No social network or YouTube video can change the electrifying energy of a physical experience. Get out in the world and meet people!

4) Go to local concerts OFTEN and meet all the other bands.

5) Target your local promo efforts to specific groups that are unique to your band.

6) I recommend playing a big local show...once every 2-3 months as to not overwhelm your audience.

7) Make sure you get people to film these shows as you’ll want footage of you playing to a packed house. Share with local media so they know you have a real audience.

These tips ring true to me from my own experience of building a following for alternative arts events I organized with my friends in North Carolina in the 80's. Once I got settled into any of the communities in which I lived, our shows always had solid attendance and often had full or close to full houses. It's nice to know that people are still finding success with these tactics in the age of the web.