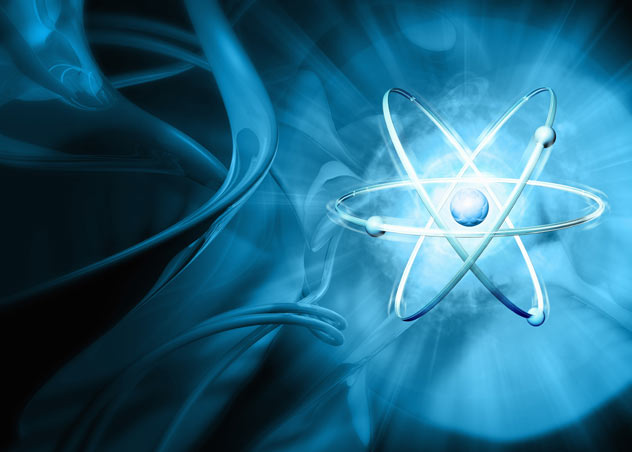 Ever since there has been music, people have been inventing new musical genres by combining two or more different styles in exciting and unusual ways. Fusion genres are the basis of nearly all popular music today – rock came from a combination of blues, country, gospel and some jazz, and hip-hop took influence from dub, funk, and disco, coupled with the invention of the sampler. This list explores some of the more unorthodox fusion genres of the musical world, and some of the main artists of each genre

Stoner rock (also called stoner metal, or occasionally desert rock) is a rock sub genre originating in California, especially in the Palm Desert area. It is a unique blend of psychedelic music from the 1960s, heavy metal and doom metal from the 1970s, and grunge and sludge metal from the 1980s and ’90s. While it has enjoyed some mainstream success in the past decade with Queens of the Stone Age (who choose to refer to their music as either “desert rock” or “robot rock”, possibly to distance themselves from the “stoner” label), most stoner rock bands remain underground. This genre is characterized by a bass-heavy sound and a fairly triply atmosphere. Notable artists include Kyuss, Sleep, Mondo Generator, and the aforementioned Queens of the Stone Age.9

Dubstyle is one of the newest genres on the electronic music scene. Its name comes from a combination of the genres dub step and hard style. It takes two-step beats from dub step and distorted leads and hard kicks from hard style to create an entirely new type of sound – hard style in half-time. Hardstyle veterans Headhunterz released the first official dub style in 2010 with their song “The MF Point of Perfection (Original Dubstyle Mix)”, and the genre started gaining popularity quickly. Currently there is only one professional artist who releases only dub style music, Pavelow (one of the musical names of Bas Oskam from hard style group the Noisecontrollers), and only one radio show showcasing dub style, INDUS3. However, the genre is likely to become more popular in the future, so it is a style to keep an eye on.8

Folktronica is, as its name suggests, a combination of folk and electronic music. It originated largely in the United Kingdom in the early 2000s, when British record labels such as Twisted Nerve signed many artists of this style. Folk and electronica may initially seem opposed to one another, especially when one considers how the audience of Bob Dylan’s 1965-1966 World Tour warmed up to mere electric guitars, shouting “Judas” at him, but the fusion has found some success in bands such as Animal Collective, Four Tet, and Tunng, who have all incorporated it into some of their songs. The song “Peacebone” by Animal Collective is one example of a recently popular folktronica song. Folktronica finds a way to incorporate the warmth and spirit of folk music into cold electronic beats, carrying the quintessential “folksy charm” over into another genre, and for this it is unique.7

Psychobilly isn’t as obscure as some other genres on this list, having had some success in Europe in the 1980s and in the United States in the late 1990s, but it is no less strange than any of the others. Two genres are at the core of this fusion genre – 1950s rockabilly and late 1970s punk. However, the 1960s song “Paralyzed” by the outsider artist Legendary Stardust Cowboy, frequently cited as one of the worst songs ever recorded, has also been cited as one of the forerunners to the genre (often by psychobilly critics). The best way to describe psychobilly music is perhaps as rockabilly played fast, with a punk mentality, occasionally crossing into both the territory of fast metal and straight country music. However, the lyrics and style of psychobilly take strong influence from horror films, prompting band names such as Graveyard Shift, The Young Werewolves, and Zombina and the Skeletones. Psychobilly is probably the closest thing to popular country metal that most people will ever hear.6

Drone doom, also called drone metal and power ambient, is an interesting sub genre of heavy metal created from doom metal and drone music. Its songs typically last for long periods of time, and are often described as crushingly powerful – one author has compared it to “listening to an Indian raga in the middle of an earthquake”. The genre clearly shows its influence from doom metal with dark, loud, bass-heavy soundscapes, but takes the notes in doom metal and slows them down to almost impossibly slow tempos, as in drone. Drone doom originated in 1990 with the forming of the Seattle band Earth. The band “Sunn O)))” (just pronounced “sun”), another group from Seattle, is almost indisputably the most famous drone doom band in the world. They have released seven albums, and their incredibly heavy music captures perfectly the essence of drone doom.5

Jazz rap is rap which has replaced its usual hip-hop backings with instrumental jazz tracks. The lyrics are often different from normal hip-hop/rap songs as well, often centering on living in the moment and thinking positively instead of discussing life in poverty or other darker topics. Frequently a jazz rap group, to create the backing track for their songs, will sample a jazz standard and lay a hip-hop beat over it, rather than using the original jazz beat. However, some groups have been known to have instrumental soloists perform. The most famous of these songs, and one of the most famous jazz rap songs of all time, Cantaloop (Flip Fantasia) by US3, has a trumpet solo at the end. It is also an example of laying a hip-hop beat over a famous standard, the inspiration for this beat coming from a song called Cantaloupe Island by Herbie Hancock. This music in this song, and others like it, make you want to get up and dance, and the upbeat lyrics confirm this intention. Overall, it’s an interesting fusion that is great for making people happy.4

Slowcore is the second slow genre on this list, following drone doom. However, it is not based on metal or ambient music. Instead it is based off a fusion of indie rock and sadcore – sadcore being a slow type of alternative music. The term “slowcore” is often used by fans to describe the genre, even though most artists considered to be playing in the style reject the label (and most other labels). Like sadcore, slowcore is very downbeat and often has very somber, depressing lyrics backing up its music, which is often very minimal and played very slowly, hence the name. Some artists and labels closely associated with slowcore include Sun Kil Moon, the earlier Red House Painters, and Low. People commonly listen to music that suits their mood, and these songs definitely suit the very depressed. Don’t expect a pick-me-up from this music.3

Anti-folk is a genre that is hard to define. It is included on this list because it is so interesting, even though it is not as much of a fusion genre as a very experimental derivative of another genre. One way to define it is as a fusion of classic folk music from the 1960s and pure sarcasm. Its lyrics often poke fun at how serious and stuck-up the mainstream music scene is in general, and its music is very avant-garde and often sounds very strange to ears that are unaccustomed to it. It is one of the only styles of music in recent existence which was started by artists unable to gain gigs anywhere, primarily in New York City. The artists of this genre, it seems, were not fazed at this, and an artist named Lach started his own club, which played artists that became examples of this genre. More recently, the movement has spread to the UK, where it is described as “one of London’s hottest subcultures” by Timeout Magazine. The most popular artist to at one point perform in this genre was Beck, whose earliest album fell within the category. Many experimental genres jeer at mainstream music, and anti-folk is no different. It just makes its sentiments known.2

Glitch is one of the most creative genres on this list. The genre is a fusion of electronic music (especially IDM, industrial music, and breakbeat songs) and the idea that sounds that normally show up as errors on a computer are pleasant to listen to. Songs in this somewhat widespread style sample tiny, unidentifiable parts of songs, as well as skipping records, CDs, and tracks played at very low-fidelity bit rates, among other unusual things, and throw them all together into a musical piece. Many glitch artists will intentionally damage electronic equipment to the point where it is barely functional, and then play melodies with it. Often a melody will play for a while only to be interrupted by a tiny, synthesized “skip”, similar to a skip of a needle on a record player, or a sudden wall of white noise. The style arose in 1990s Germany, with relatively popular artists such as Aphex Twin and Autechre jumping on board and making some tunes in the style not long after. The genre is often an acquired taste, but many greatly enjoy the interesting, barren soundscapes it has to offer.1

Last on our list is the very recently created genre drag, also known as witch house and several other names. It is hotly debated whether this genre is a legitimate label or a giant joke played on music review website Pitchfork and other media. For lack of a better term though, it will be named drag for the rest of this entry, as some of the music the term references is very stylistically different from any other genre. Drag is largely a blend of house music, hip-hop, industrial, dark ambient, and noise music, as well as some other genres, often being played in the formulaic, indifferent style of shoe gaze music. It often also incorporates the occult in some form into its songs, taking influence from many early goth bands. Travis Egedy, better known as the electronic artist Pictureplane, invented this term with friends in 2009, supposedly as a joke, to describe the recent wave of house music focusing on dark, supernatural subjects. When Pitchfork featured the genre in an article it took off, and despite being described as a gimmick by many it is still being used to describe †††, which is a side project of Chico Moreno, the lead singer of Deftones, Shaun Lopez, the guitarist of the band Far, and Scott Chuck. Whatever it may be, a joke or a real genre, drag as it is described is still very interesting to listen to, and may actually take off in the future as parts of it are somewhat mainstream.