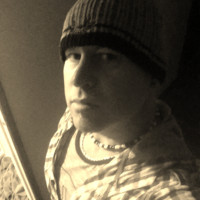 Frontman for 90's hard rock band “AlienBlade” and also was fill-in lead Singer for the rock covers band “Overdrive” for a year and a half.
I am keen to get back into live performance after taking a long break. I'm a lil older and wizer now and am looking to either join an existing rock band or help form one. I am interested in both an originals project as well as joining or putting together a working covers band.

Originals;
Since winning the Rocks 2011 “Lame to Fame” competition I have been interested in writing songs again. I have some good arrangements and am looking for a songwriter or songwriter/guitarist to collaborate with.

Covers;
Most of the cover songs I use to play in those previous bands make up around 20% of the Rocks current play list today. I'll start a list of artists I can cover below but currently won't be able to remember all of them.

I am also keen on forming a two or three piece acoustic band.

I have my own practice pad and P.A set up so am keen to Jam most of the time.