How to ruin your band name 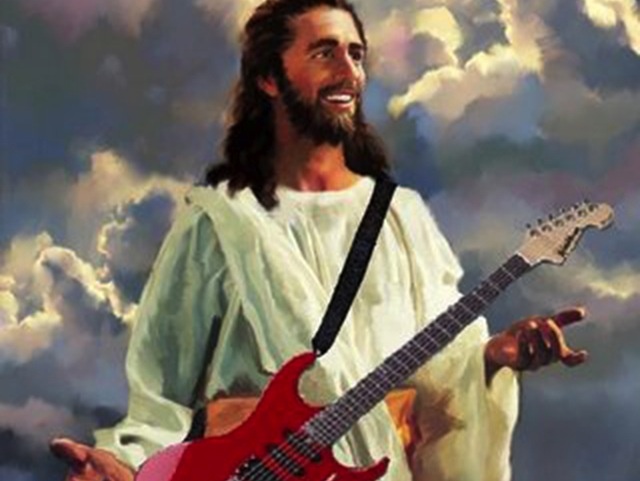 You know that phrase your mum taught you, "Don’t judge a book by its cover?" Well your mum’s a naive idiot who needs to step into the real world. Covers are a great way to judge books. If you look at a book with Ann Coulter on the cover, for example, you know right up front that you’re better off jacking off with nails as lube than wasting one second reading even a single word of her deliberately abhorrent horseshit about how liberals eat babies. Same goes for band names. If a band can’t come up with a good name for themselves, it’s a pretty good indicator that they can’t make music worth a damn either. Here are a few classic ways in which people ruin their band names:

BAND NAMES THAT START WITH "I / WE"

Worst Offenders: We Butter The Bread With Butter; I Am The Avalanche; We Are The In Crowd; I Set My Friends On Fire; We Were Promised Jetpacks; I Killed The Prom Queen; We Came As Romans

Hey, asshole. No one asked for your life story. We just need something we can stick on a flyer. You might as well name your band We Are Unfamiliar With The Concept Of Editing or I Should Not Have Been Left In Charge Of Naming The Band.

BAND NAMES THAT ARE AN ENTIRE SENTENCE

Worst Offenders: The World Is A Beautiful Place And I Am No Longer Afraid To Die; ...And You Will Know Us By The Trail Of Dead; This Bike Is A Pipe Bomb; Cute Is What We Aim For; The Number Twelve Looks Like You; Someone Still Loves You, Boris Yeltsin

If the acronym for your band name is longer than most band names, you should really consider letting someone else name your band for you—perhaps a three-year-old or an invalid. Band names should be no more than three words. Four, max.

BAND NAMES THAT TELL PEOPLE WHAT TO DO

Worst Offenders: Skip The Foreplay; Bring Me The Horizon; Escape The Fate; Sing It Loud; Say Hi To Your Mom; Imagine Dragons; Get Involved!

I’m not about to take orders from a band name.

Worst Offenders: Panic! At The Disco; Godspeed You! Black Emperor; Does It Offend You, Yeah?; The Academy Is…; You Say Party! We Say Die!;

Wow! What a cool way to make your band pop... Add an exclamation mark! Or maybe, a question mark? Would that make it cool too? And! Just stick it in! Anywhere? Doesn’t have to make sense! Or… some ellipses!

Before you settle on your band name, do a quick check: do the letters spell out something potentially embarrassing like POO or ASS or KKK?

The Jackson 5. That makes sense, there are five Jacksons in the band. 4 Non Blondes. They were four dark-haired women, totally reasonable. But when you just take a random-ass number and stick it into your band name, it really makes no sense 823.

Worst Offenders: American Nightmare, Some Kind Of Hate; Texas Is The Reason

Misfits songs are already references to b-horror movies, so no need to make your band name a reference to a reference and throw us down this band name Inception hole.

This wouldn’t be so annoying if these bands weren’t always the types of people who make a point to say, "Actually, the first letter is lowercase. Can you change that?" you are obnoxious. go fuck yourself.

First off, if you’re in a Christian rock band, chances are less than .0001% you’ll actually be listenable anyway. So it actually makes sense that you would name yourself something terrible, sort of like the way a skunk uses its foul odor to warn people to stay away from it.

T-shirt companies don’t charge you by the letter, guys. Go ahead and splurge on the vowels. Otherwise just sound like a bunch of fckng mrns.

Having a band name that references a movie or a TV show says one of two things: You are a supernerd who doesn’t get out of the house much and/or you are too lazy and original to come up with your own name. No one wants to listen to a band named after The Nutty Professor or whatever.

BAND NAMES THAT ARE BOOK TITLES

Band names shouldn't sound like something from the bargain bin at Barnes and Noble. If you come up with a band name that’s also the title of a book, you have failed and need to start over. That name has already been taken and the author probably doesn’t want their book associated with your shitty metalcore act.

Yeah, we get it. Your band is a bunch of tough guys. No need to drive that home by making your band name all murder-y.

Just avoid words like "theory," "stars," "sky," or anything else that sounds like it came out of Emo Mad Libs.

Sort of ironic that these bands are always filled with people who need to apply SPF 600.

Nothing says you got stoned and watched a documentary on the National Geographic Channel quite like naming your band after a breed of animal.

BAND NAMES THAT ARE MISLEADINGLY BADASS

Your band name should represent who you are as a band. If you name yourself something badass, you’d better downtune your guitars and crank out blast beats or sing about killing cops or something. Or at the very least, don’t sound like some sissy indie rock band.

Which ones did we miss, you internet smartasses?