17 Ways to Kill a Music Career 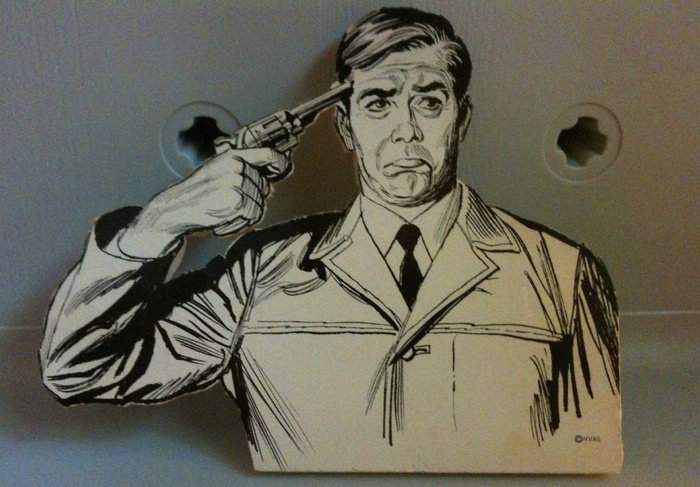 (1) Having a shitty, entitled attitude.
If you’re showing up late for gigs, not rehearsing, not supporting your scene, being a dick to your bandmates, and not working slavishly to cultivate your audience online and off, you’re doing a great job of killing your potential career. Now more than ever, the future doesn’t belong to bands that have crappy work ethics.

(2) Being addicted to any substance.
Everyone makes their own choices about drugs, including alcohol. But when those choices downwardly spiral into full-blown addiction, it can quickly threaten the survival of a band. Irritability, missed appointments, detachment, and unexplained absences are the better outcomes; problems with the law, missed shows, stealing from bandmates, violence and death are where things inevitably end if left unchecked.

(3) Relying on a label, manager or anyone besides yourself to build your career.
Even with a label deal, bands can find themselves de-prioritized, or flat-out ignored. But these days labels rarely sign bands that aren’t successfully working and developing their audiences to begin with. Which means that DIY isn’t some alternative approach, it’s essential for the survival, breakthrough, and growth of any artist.

(4) Choosing a name that another band is using.
The costs of picking a name that is already being used include fan confusion, extreme difficulty growing your brand, and lawsuits. So before you pick a name, Google it, check ReverbNation, even check on MySpace. After that, do a trademark search.

When Two Bands Have the Same Name: A Legal Guide…

(5) Not having a serious web presence.
It’s impossible to be everywhere, but you need to try. That not only means hitting all the usual (and massive) suspects like Facebook, Twitter, and YouTube, but infiltrating sites that attract your target demographic. It also means interacting with the non-stop flow of fans, as much as you possibly can.

Because if you’re not there, eventually they won’t be, either.

(6) Not selling merchandise.
If you’re not setting up a stand at all shows possible with a full range of merchandise, you’re missing out on income that could fill your gas tank and pay for meals (i.e., stuff you need to survive). And if you’re not working the crowd (on-stage and off) and putting the stand in a prominent, well-lit place with credit card processing capabilities, you’re missing out on even more money.

(7) Not touring.
Some artists, like Zoe Keating, make a bulk of their earnings from recordings. But that is getting harder and harder to do, especially as the recording continues to devaluate. Which means if you can’t tour, you’re probably cutting off a huge revenue source.

(8) Making music that sucks.
Forget about sucking: if your music isn’t outrageously great in the eyes of a significant fan base, major changes need to be made. That includes scrapping the band and starting another one.

(9) Choosing bandmates that don’t share your work ethic, goals, or long-term vision.
A band is like a family, except that you can choose the members. If your bandmates aren’t working as hard as you are, aren’t as dedicated or simply aren’t team players, they will distract and drag down your chances of success in an extremely demanding and competitive environment.

(10) Not being completely available.
A good manager will feed you opportunities, online and off, because that’s what you paid him to do. You need to show up to them, and feed the momentum.

The era of the distanced, untouchable rock star has ended.

(11) Being in it for the money.
You’re delusional and will probably make more money working at McDonald’s. The reality of this business is that an extremely large percentage of artists are poor, and most of the successful ones were poor at one time. Which means if you’re not motivated by the the music, the passion to create and play, and the cameraderie of it all, you should honestly be doing something else.

(12) Paying to inflate Twitter followers, Facebook likes, DatPiff downloads, and YouTube views.
Labels, venues, and potential managers are all-too-familiar with these scams. But more importantly, paying for fake followers distracts precious resources away from developing organic fans, the lifeblood of any successful artist.

Without real fans, you don’t have a real band, period.

(13) Insisting on recording drunk or seriously high.
It takes twice as long and twice as much to record that way, and the results are half as good. Remember: a recording (whether a single, EP, album, or video) is a permanent record of your artistic accomplishment that can convert millions of fans for decades to come. A crappy recording rarely has the same power.

(14) Giving away way too much free music.
This is an error that rappers frequently make, especially when it comes to mixtapes. Because not all of your music has to be free, at least the part that you control. Ultimately, rappers that fail the strategically use mixtapes to promote paid, more structured releases fail to

(a) generate any meaningful income from their recordings;

(b) encourage their fan bases to pay (or at least give them the opportunity to pay); and

(15) Delivering crappy presskits.
Venues and festivals typically have tens of thousands of applicants to sift through, and just a few slots to award. A powerful, well-crafted press kit dramatically increases the chances of getting the gig and catapulting a career; a mediocre kit almost guarantees a quick delete.

(16) Paying to play shows.
This seems to be mostly happening in hip-hop, where shady promoters actually charge a rapper to open for a larger act or participate in a showcase. But this is absolutely the wrong direction to go, especially since it sacrifices real revenue for ‘exposure’ that they typically can’t afford, while the promoter reaps all the upside.

Avoid these deals at all cost, whatever that cost may be.

Should You Pay To Play? Here Are The Worst-to-Best Club Deals In The World…

(16a) Paying to be mentioned on a show flyer.

(17) Having a violent audience.
It’s hard enough to attract dedicated fans; it’s almost impossible to choose the fans you have. But fans that routinely start fights, incite violence, or bring weapons to shows can seriously threaten the survival of an artist, simply because venue owners and promoters will avoid this artist at all costs. Which means, effectively, you can’t show up for work.

You must develop a strategy to deal with this problem, or risk choking off a critical revenue source.