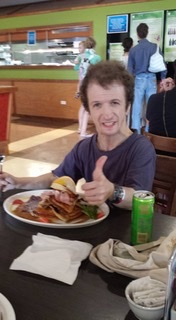 Good afternoon there ! My name is Ryan McDonald and I am 33 years old . My first nickname is the “Greyhound Drummer” and my second nickname is the “Cat Daddy !” For fun lol :) I have one brother called Jamie McDonald.. My parents are Jane and Bruce McDonald. Other hobbies am into are gardening, swimming , kayaking ,sometimes skiing at SnowPlanet ,cats and dogs and animals as I have a seal point Siamese cat called “mr Snoop” at home, I like watching movies and tv shows , I can copy pictures and do a bit of art, I like to read some books , I also enjoy watching sport and I also enjoy shopping as well as listening to and performing music. and I also like natural organic herbal remedies for healing too and I also like to play computer games and making 3D computer games ,and I also like to do a bit of cooking too . I often go to watch my brother Jamie McDonald race his sprintcar at bay park speedway down in tauranga. My brother Jamie once won the national sporting car championship and became the nz no. 1 best sprintcar driver in New Zealand for a year. My brother Jamie also races his sprint car at western springs and Christchurch speedway too . I also love to go on holidays for example to Fiji .I also like to go to quite a lot of old live 60’s and 70’s musical entertainment shows/concerts too as well as modern music concerts .Back when I was a kid growing up I used to write stories . I also enjoy playing with my little 5 year old nephew too as his uncle .