Hey hey! So I'm on the hunt for a guitarist/vocalist as our current one is unable to commit to the amount of gigs we are being asked to do now as his family and business requirements take priority.
Anyway, the band... So Covid has sent a bit of a twist on things so I have found myself at an interesting turn of events having to start fresh with new band mates but with the right team we can create something fun!
As a band though, I like to have a good time, play well and have fun while were doing it, share some beers at practice etc and play music that people want to dance to.
Our music is currently changing and moving away from the old boring middle of the road shit everyone else plays into more modern type upbeat stuff but a bit of everything from rock to RnB and hip hop and a bit of electronica. We will still play some of the older stuff but the focus will be on more modern, lets break the mold.
Personality wise, I am looking for fun people with a bit of banter that can pay a song straight and play with the other members as a unit rather than individuals and have some personality on stage, you know, like a band :)
Although we are having to essentially start again, this is an established band with an excellent rapport with all of the pubs/venues, weddings and corporate events who we have worked with in the past so the hard work of developing contacts and hard yards of a fresh band has been done so the sooner we can get a good crew together, the sooner we can start booking gigs again.
Practices will be once a week usually on a weeknight in New Lynn and you'll need your own gig quality gear and transport.
If this sounds like you then get in touch asap! 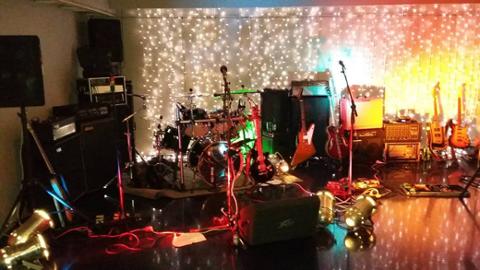 The Side Project needs some Vocals

Singer wanted for original and or cover duo